How to Stencil a Floor 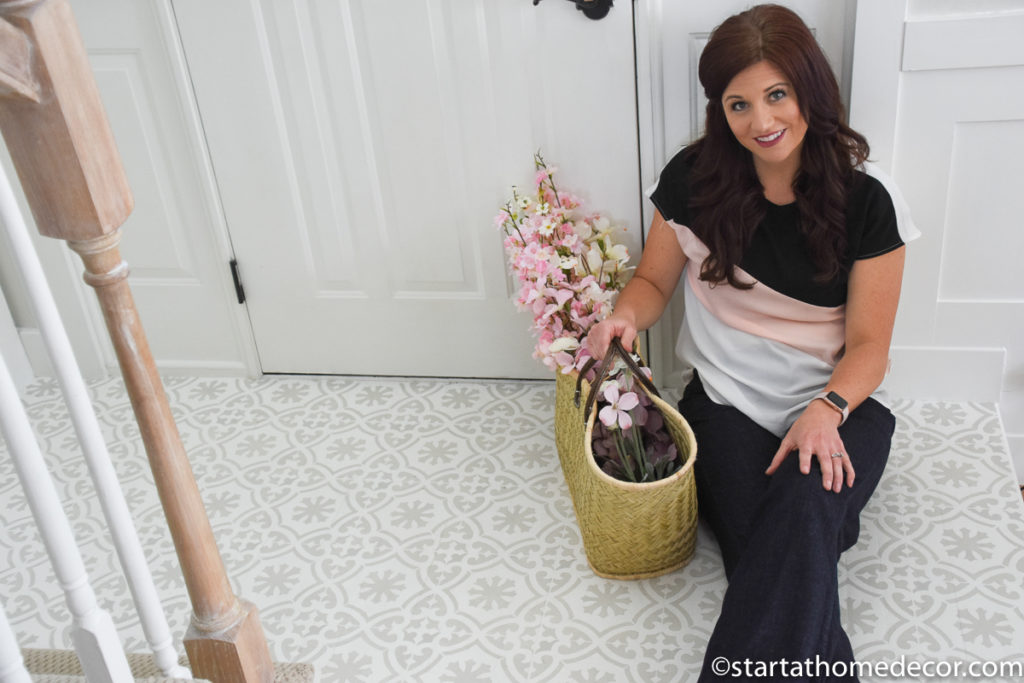 Supplies to stencil a floor

Now that you have your supplies let's stencil a floor!

I have included the script from the video below. 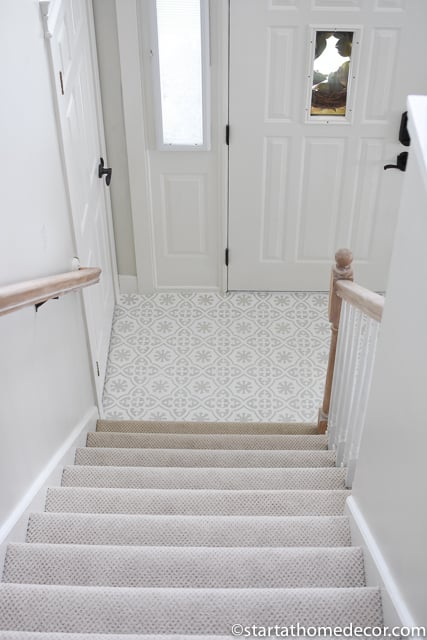 It is super important that you get your first line straight.  Pull out your level if needed and a measuring tape.  I started at the outside corner because I could get everything squared up and I wanted full stencils on the outside edges.

Once I thought I had everything straight I used blue tape to tape it down and then double checked with my tape measure that nothing had moved.

Now it is time to paint.

I just got a sample size of agreeable grey from sherwin williams since I wouldn’t be needing tons of paint.  once your paint is poured run your foam brush through the paint to make sure you get all sides covered.  I rolled it on my paper towel to make sure I had paint all over the roller.  There were a few spots that were still bare so I rolled it again in the paint.

After your roller is covered roll it over the paper towel again to remove the excess paint.  This is super important.  If you have too much paint on your roller it is more likely to run under the stencil and you won’t get good crisp lines.

Now begin to paint.  Make sure to run your roller all different directions so you get the paint everywhere.

Once you have everything covered remove the stencil in an upward motion.

Before I placed the stencil again I made sure my first one was dry to the touch.  DO not put tape over the already painted area.

I began to alternate which side I painted on so one side could dry while I did the other side.

If you look at my stencil you can see it is clean again.  I cleaned it after about 10 uses.  As the paint dried on the stencil it would get gummy making it so paint could get underneath my stencil easier so my lines were not quite a crisp.

For the smaller areas I found it easiest to cut the stencil down.  Now you want to be careful with this.  I didn’t have a back up stencil so I started with the biggest area a slowly cut the stencil smaller.

Once I finished all the stenciling I used a small brush for touch ups.  I let the floor dry for 24 hours and then I sealed it with a flat poly acrylic for floors.

Hi I am Brooke I am an avid DIY-er and home decorator! I share home inspo and all of my DIY projects with step-by-step directions. I sprinkle in a few recipes to help out all of us busy moms too. If I can do it, so can you!