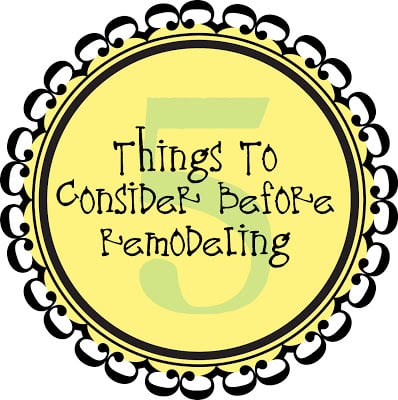 Have you ever had that itch to remodel or buy a fixer upper?  My husband and I have now bought 2 of them.  After the first one we swore we would never do it again….but this time around things are going much smoother.

So I thought I would share what I have learned.

{budget}
IT ALWAYS COST MORE THAN YOU THINK!  If I could make that sentence any bigger I would.  Both times we have made out a budget but without fail we always seemed to go over.  WHY, you ask?  When you start pulling things apart you usually uncover problems you didn’t know existed.  Give yourself a cushion on your budget just incase, it is always better to come in under budget!  If you are buying a house with the intention to remodel make sure you get a good inspection.  Structural problems can be costly!
{when to do it yourself}
I am a DIY’er by definition.  I believe I come by this very naturally.  As I was showing my brothers something I bought the other day and they both responded “Brooke, you could have done that yourself”  I guess that is what I get when I grow up with a very crafty creative mother that figured out how to do anything…for example she mastered mudding and taping, she reupholstered our couch, she laid all of our tile, and well the list goes on for a very long time.  As for my father he is an electrical engineer, as you can imagine between the 2 of them we mixed most things, we very rarely bought new stuff, we just made it new.
Naturally, when something needs to be done or fixed my first thought is “how do I do that?”  most of the time this is a good thought.
However there are times you call in the experts.  My husband and I thought we could fix some plumbing in our master bathtub.  We know the basics, and have done some plumbing before.  What we didn’t know was that 21 years ago the manifolds for showers were different.  In the process of trying to change it we kinked the hot water pipe.  Since the tub has a fiberglass surround in order to change the manifold it all has to be torn down and redone!  If we had paid a plumber it would have been a couple of hundred now it is going to cost much more than that!
{time}
It usually ALWAYS takes longer than you think.  As we were looking to buy this house my husband and I found ourselves saying all too often we will JUST do this or tear that out or fix this {that list became really long}.  As we began to change and make things ours we uncovered other problems that had to be addressed which added more time.  We found very quickly it was more than JUST doing something!
When considering how long something will take make sure you give yourself a reasonable amount of time and allow for bumps, it is always better to finish ahead of schedule.
{don’t cut corners}
When budgets get tight it is natural to just cut corners to get it done.  Up front you may be saving money but in the long run it will end up costing more.  Our first remodel we did together was a condo we bought after we had been married a year.  We found, what we thought was, AWESOME Laminate flooring for a great price.  It turns out it was probably the cheapest CRAP you could find.  It would chip and crack, so as you can imagine it had to be fixed and replaced which made it one of the most EXPENSIVE CRAPPY floors!
{be thrifty}
By saying be thrifty I am not meaning get everything from a thrift store or second hand.  More I am saying to shop around.  The carpet in our master bedroom was original to the house (21 years old) so it had to go.  Our main floor flooring is all pine planks and I wanted to continue that into the bedroom.  I called the mill where the wood was originally purchased and the bid came in at $500.  Which is actually pretty cheap.  My husband searched the classifieds and actually found someone selling pine planks for much cheaper.  We were able to do our master bedroom for $126.  WOW, what a savings.  My advice to you would be always get more than one bid and compare prices whenever possible.  Also repurpose things, the internet and blog world are great tools to get inspiration.

I have loved to put my touch on this house and make it our home.

Thank you so much for joining our community, we are so excited to have you! Just one last step, head over to your email and confirm your subscirption!

After all who doesn't love a FREE E-Course!! 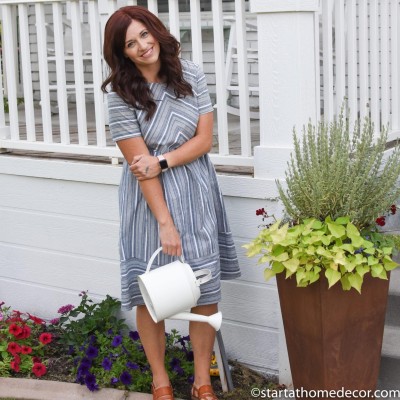 A little update on the Basement!

How I Refinish with Chalk Paint! 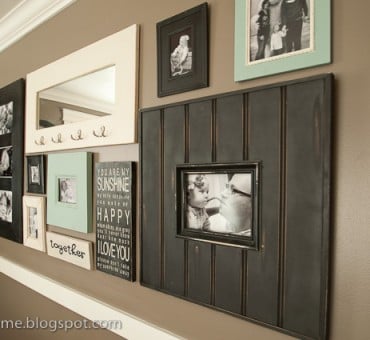 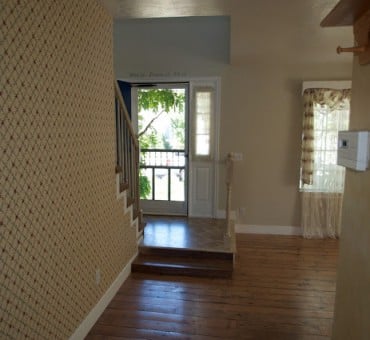 Welcome to My Blog

Hi, I am Brooke from Start at Home. I am a stay at home mom to 3 cute little kiddos and an avid DIY’er who is always up for a challenge. 6 years ago my husband and I bought a fixer upper, and little did we know it would change our lives forever. Since then I have taken over the garage with all my furniture, odds and ends, and paint. It is now known as my “hobby” that is out of control! I love to blog and share my every day experiences as well as showcase my love for furniture and interior design. What started out as a way to furnish my home has snowballed into a small, ever so small business! I never expected to be where I am today but I am enjoying the ride, and trying to keep up!!
Read More
Facebook Twitter Instagram Pinterest Google+ RSS